Wandile Sihlobo, head of economic and agribusiness intelligence at Agbiz, shares highlights in his update on agricultural commodity markets.

Weather forecasts show a possibility of rainfall across South Africa within the next eight days. This expected rainfall varies between 16 and 70 millimetres and could improve soil moisture and dam levels, and in turn, benefit summer crops. Meanwhile, the western parts of the Western Cape and Northern Cape province could remain dry and warm over the observed period. 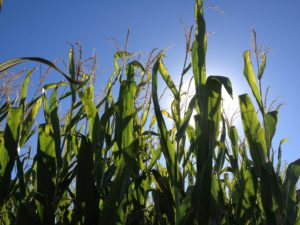 On Friday (3 February 2017), the Department of Agriculture, Forestry, and Fisheries (DAFF) confirmed that the Fall Armyworm (FAW) was positively identified from samples collected in the Limpopo province. The damage reported so far is mainly on yellow maize as well as maize planted for seed production. Producers must report outbreaks immediately and communicate with experts on the control of this pest. Over the coming weeks, we will monitor the developments as and when they emerge.

Despite this, South Africa’s maize crop is in good condition in most areas and set to benefit from forecast rainfall over the coming weeks. Assuming that the country receives a normal rainfall pattern throughout the remainder of the season, we believe that total maize production could reach at least 11.9 million tons compared to 7.5 million tons the previous season (see SA Grains and Oilseeds Outlook – 30/01/2017).

Recent reports from the Zimbabwe’s Commercial Farmers Union suggest that the country could possibly see improvement from last season’s output of 500,000 tons. That said, the recent heavy rainfall, fertiliser shortages and now armyworms remain a key risk that could potentially undermine yields.

On the global front, this morning (6 February 2017) the Chicago maize price was up by 0.27% from the level seen at midday Friday (3 February 2017), owing to last week’s export sales of 1.14 million tons. This is well above market expectations. 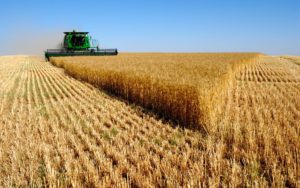 Elsewhere, recent weather forecasts suggest that the colder conditions could return to the Black Sea region (Russia and Ukraine) in this week (ending 10 February 2017), but sufficient snow cover should protect the wheat crop from winterkill. The region is the key supplier of wheat to South Africa, normally making up about a half of imported wheat.

In global markets, this morning (6 February 2017) the Chicago soya bean price was down by 0.10% from the level seen at midday Friday (3 February 2017) owing to last week’s (week ending 3 February 2017) lower US soya bean export sales. The weekly sales reached 623,900 tonnes, which is at the lower end of market expectations.

In the absence of major news in the global soya bean market, South America’s weather outlook has been a central focus. The conditions remain favourable in the region, with Informa Economics lifting its production forecast for Brazil’s 2016/2017 soya bean crop by 1.5 million tonnes from the previous estimate to 106.5 million tonnes. This is 12% higher than the previous season’s harvest.

In Argentina, weather forecast remains favourable. The forecasts suggest that the northern regions could receive rainfall this week and that might further improve crop conditions as some regions were starting to experience heat stress. Informa Economics forecasts Argentina’s 2016/2017 soya bean crop at 55 million tons, which is 6% lower than the previous season.

Some parts of Argentina were dry and warm in the past few days, and that benefited sunflower seed harvest. According to the Buenos Aires Grains Exchange, in the week ending 2 February 2017, Argentina‘s sunflower seed harvest was estimated at 30% complete, which is 4% higher than the corresponding period last year.

The Argentinian 2016/2017 sunflower seed crop is estimated at 4.0 million tonnes, from 2.9 million tonnes in 2015/2016. This comes on the back of a 48% year-on-year uptick in area planting to 2.0 million hectares. The key driver behind the increase in area planted was largely due to the removal of export taxes, which provided an incentive for farmers.

The South African potato market lost ground during Friday’s (3 February 2017) trade session, with the price down by 3% from the previous day’s (2 February 2017) level, closing at R40.28 per bag (10 kilograms). These losses were largely on the back of higher stock levels (895 517 tonnes) that was seen at the start of the session.

On Friday, the Johannesburg Fresh Produce Market ended the day mixed. The apple price was down by 4% from the previous day’s level, closing at R7.43 per kilogram. These losses were largely on the back of lower buying interest, as well as relatively higher stock levels of 143,367 tonnes. 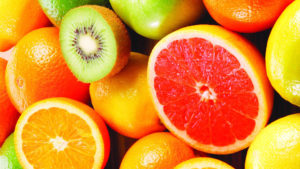 On 3 February, the SAFEX beef market gained ground, with prices up by 2% from levels seen on 2 February, closing at R42.00 per kilogram.

The South African beef market has generally been under pressure since July 2015 due to large supplies. This comes on the back of higher slaughtering rate as farmers were unable to maintain their herds due to drier grazing and elevated feed costs. Recent data from the Red Meat Abattoir Association showed that 16,975 head of cattle were slaughtered in the week ending 27 January 2017. This was still 5% higher than the same period last year, but well below the higher levels that were seen the previous months.

Looking ahead, a recovery of the South African beef industry is dependent on weather conditions. Over the past few weeks, South Africa received moderate rainfall. Vegetation is improving and grazing is already replenished. Moreover, the weather forecast suggests South Africa could receive rainfall over the coming weeks, which bodes well with the much-needed improvement in grazing. Against this background, we suspect that farmers will soon start to rebuild their herds, which in turn will lead to a decline in slaughtering rate to the normal levels of 6,500 herd of cattle a week.