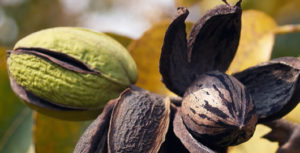 As pecan orchards are coming into bloom, growers and exporters in South Africa, the third largest global producer of pecan nuts, look back on a season characterised by a weaker exchange rate and overall smaller nut sizes than the exceptional season of 2015/16 when nuts were an estimated 20% larger in general.
The dollar price has remained stable for the last three or four years, but currency fluctuation, a stronger Rand (as well as fewer oversized nuts) have resulted in prices around R10 (0.6 euro) to R14 (0.8 euro) per kilogram lower than last year.
Final figures for the 2016/17 season’s volumes are not yet available, says André Coetzee, chair of the South African Pecan Producers’ Association (SAPPA), but it is expected to exceed the 10,900t of last year. An estimate of 12,000 to 13,000t nuts-in-shell is floated by a number of exporters. Rapie Visser, general manager of the Bester Fruits and Nuts Vaalharts depot, reports that the new plantings are already impacting on volumes.
For the past few years around 80% (up to 90%, depending on various exporters) of the South African harvest has been marketed in the Far East, mostly China, as nuts-in-shell, while the balance is either exported as kernels or sold locally. On South African shelves, pecan nuts are of the most expensive nuts, despite growing local production.