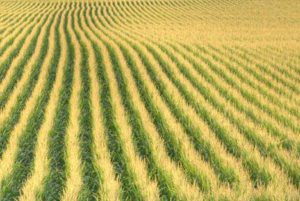 South Africa, the continent’s biggest corn producer, may reap the largest harvest of the grain in 36 years as rains improved yields and boost the crop’s size by 83% from last year, the Crop Estimates Committee said.

Growers will probably produce 14.3 million metric tons of corn in the season that ends in April, said Lusani Ndou, a senior statistician at the Pretoria-based committee. That would be the largest crop since 1981, and compares with the committee’s 13.92 million-ton forecast on Feb. 28, which was the same as the median prediction by four analysts in a March 23 survey by Bloomberg.