The biggest mass exodus of farmers in 20 years has also been blamed on high input costs, low returns and currency woes.

Caught in a cash crunch with rising input costs and stagnating prices amid fears of land seizures without compensation, South African farmers are leaving the land in their droves, putting thousands of farm workers out of work and threatening to trigger a major economic crisis.

According to Landbou Weekblad, 20 640 farms in the country are currently up for sale. Many more farmers could pack up over the next year, industry experts say.

But selling farms is becoming increasingly difficult, they add, and many remain unsold. 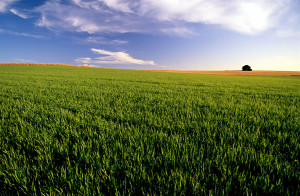 Last month, Property24 said there were more farms up for sale than at any time in the past 20 years.

Agri-Sector Unity Forum chairperson Japie Grobler was worried that many farmers would simply give up over the next year.

He was concerned that many of them had failed to calculate the real costs of production.

According to chief economist at Agri-SA Hamlet Hlomendlini, the annual turnover of farms for sale was normally 5% to 6% of the total.