Most of the dam levels in the country are on the path to recovery with the exception of all the Cape provinces‚ which are still struggling‚ the Department of Water and Sanitation (DWS) said on Monday.

Department spokesperson Sputnik Ratau said the latest figures on dam levels were being finalised and would be released on Tuesday. 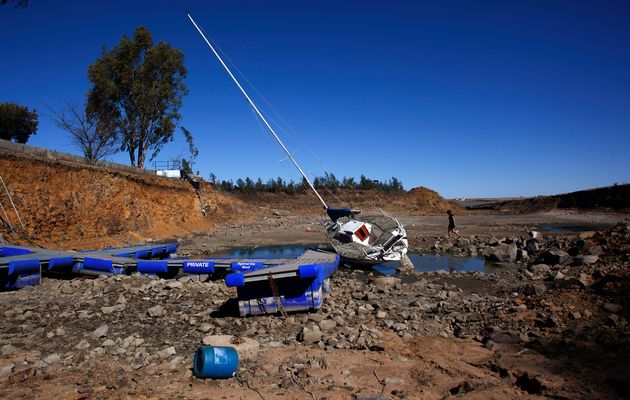 A sailboat is seen lying in a small pool of water at the Vaal Dam’s Lake Deneys Yacht Club in Deneysville, Free State on Sunday, August 21, 2016
Image by – Kevin Sutherland / The Times

“Over the past week… we have been on the upward trend. The only places that were struggling were the three Capes – Northern Cape‚ Eastern Cape and Western Cape. On the national average‚ we have been going up” he said.

Our national average is now almost 50%. This means‚ when you look at the national dam levels together‚ you will get that percentage of capacity. It was 49.3% on Monday last week.

“Obviously because the rains have fallen over the last couple of days and also looking at the fact that the Vaal Dam is receiving water from Katse Dam in Lesotho as well as Sterkfontein Dam from the Free State‚ that has created a change in the kind of figures.”

In August‚ the DWS issued a government gazette compelling municipalities to reduce consumption by 15%. Most municipalities have struggled to reach this target, and some have been forced to restrict water supply in certain areas at times to prevent their reservoirs from running dry.