Investing in Africa’s beef and dairy industries could be a boom for global agriculture, but it does come with some baggage, according to AgWeb.

During Alltech’s 30th Annual International Symposium in Lexington, Ky., a presentation was given about the potential of Africa’s agriculture industry. Speaking on a panel was Charles Moore, a consulting nutritionist from Cape Town, South Africa. He discussed some of the opportunities and challenges related to putting Africa’s beef and dairy industries on a level playing field with more established areas of the world like Australia, Brazil, and the US.

Moore listed the countries that would be best suited for dairy production and here were some of his favorites:

Angola would be an excellent place to start a dairy in Africa because there is a large population with an economy fueled by the oil industry. The climate is well suited for milk production and access to water is not a problem. There would also be the potential for export because of the close proximity to the Middle East and Southeast Asian markets.

Zimbabwe would be another good fit for dairy production thanks to a built-in infrastructure, a culture that values cattle, favorable climate, and quality water sources. However, Moore notes that political turmoil is a roadblock to development.

“Kenya we know is a big dairy market. There are about a million dairy farmers in Kenya milking three million cows, so that is three cows per farmer,” Moore adds. “There is a lot of room for investment to increase the size and the scale of those farms.” 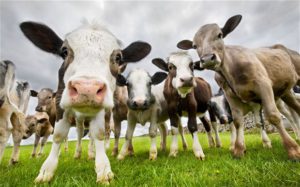 Other countries that could benefit from investment include Zambia and Ethiopia.

Northern Africa is the one region of Africa that is not conducive to raising cattle because it is a desert.