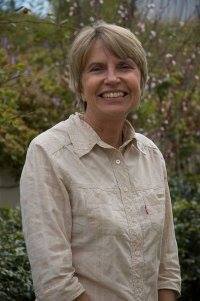 A number of arguments have recently been made stating that South African agricultural producers will suffer as a result of the Brexit vote.

According to Wandile Sihlobo of the Agricultural Business Chamber “In principle, South Africa’s agricultural exports to Britain would immediately face generally higher tariffs set at the Most Favoured Nation (MFN) applicable under the World Trade Organisation (WTO).”

Whatever the other negative effects, Britain’s exit from the EU will force it to relook the pernicious system of agricultural subsidies which permeates Britain’s agricultural life.  Despite all South Africa’s links with Britain, such as a common language, heritage, strong communications, investment and tourism, Britain is not even in the top five of South Africa’s export trading partners.

A change to the application of farm subsidies might well increase the competitiveness of South African products in British markets, thereby freeing up our markets and allowing for expansion of the agricultural sector.

More than three billion GBP in subsidies annually goes to British landowners (they do not even have to farm the land) some of whom are the richest people in the country, from the EU’s Common Agricultural Policy.

While some pro-Brexit politicians have made promises that British farm subsidies will remain or even increase, it is difficult to envisage how these subsidies and concessions, which currently make up more than one half of a British farmer’s income, would remain at this level if funded solely by the British taxpayer.

In the meantime, a kilogram of Granny Smith apples today costs R43 in Tesco and Sainsbury’s British supermarkets, while the same kilogram costs around R13 in Pick n Pay and Checkers in South Africa.

While there is far less of a price differential in many other fresh foods (Sainsbury’s 2l fresh milk is R21.41 today for example as against Shoprite’s price for Clover of R29.99) this too can be explained by the lack of competition in both markets which gives market manipulators free rein to set pricing levels in their respective areas.

EU subsidies to British farmers meant less efficient production and higher prices to their own populations. While it is impossible to predict exactly how a change to those subsidies might affect South African farmers, it surely cannot be worse than the current stultifying situation.

Many South African farmers are low cost highly efficient producers. They are straining at the gate and the agricultural sector is withering away while the average British farmer collects taxpayers’ money whether he is producing or not.