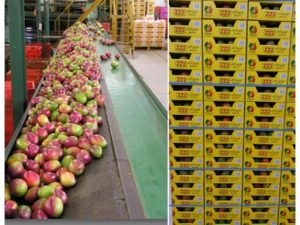 With its high start-up costs and complex export rules, the subtropical fruit industry presents formidable barriers to new entrants. Alita van der Walt spoke to ZZ2’s Tommie and BJ van Zyl about the models that the company is putting in place to assist developing farmers to become successful subtropical producers.

Commercial farmers will attest to the fact that success relies heavily on their ability to manage an intricate, interdependent system. This includes management, production, packaging (where applicable) and marketing.

Furthermore, South Africa’s thriving agricultural sector has been built up over generations, with billions of rands invested in it.

Thus, transforming the sector will not happen overnight. However, for the stability of the country and the continued prosperity of agriculture, black entrants to the market need to be identified and nurtured until they are as successful as their white counterparts.

Many commercial farmers are already involved in assisting developing farmers to enter farming industries, according to Derek Donkin, CEO of Subtrop. One such commercial operation is ZZ2.

Tommie van Zyl, CEO of ZZ2, says farmers have always looked out for their neighbours. In the past, these neighbours were perhaps the Van der Merwes and Bothas; today, they are likely to be the Makgobas and the Morobengs.

“You need to help your neighbours stay in business. If they don’t have viable systems on their farms, your system could be jeopardised,” warns Tommie.

The most important reason for a farmer to assist with the transformation of the sector, according to Tommie, is that farmers cannot ignore their responsibility to help build a better future for all South Africans.