LAND – WHERE DOES THE HUNGER LIE?

Land reform, especially of agricultural land, is nowadays almost a shibboleth for South African politics. The reasoning of the associated rhetoric usually has the following elements:

– “Soil is prosperity, and if you first possess land, you can buy all the other good things with that wealth.”  And this usually refers to agricultural land. 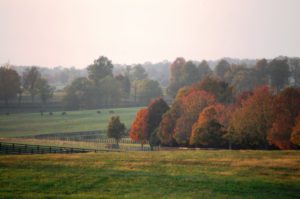 – “Historically, white people stole the land from black people and it has to be returned.”
– “23 years post-democracy, black people still only own 9.8% of the arable land in South Africa.”
– “There is a hunger for agricultural land among our people, like in Zimbabwe, and if we do not listen, we will follow the path of land occupation and confiscation.”

Underscoring these arguments is that nothing – or very little – has been happening since 1994 and that radical action is needed to return (agricultural) land to black South Africans, such as to expropriate land without compensation. What is the reality? The table below shows the surface area of South Africa, as well as the percentage of agricultural and arable land. It also shows that almost 50% of South Africa is considered desert (less than 200mm rain per year) or very dry (less than 400mm per year).