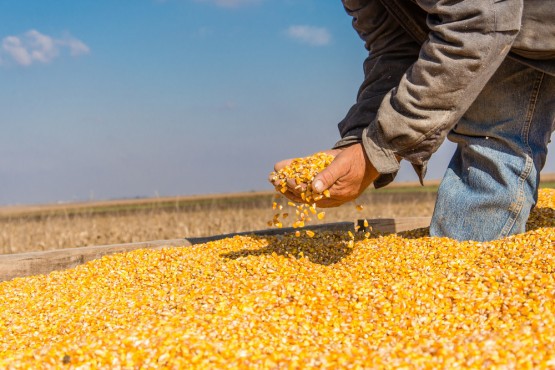 South Africa’s state rail and ports company said it’s prepared to offload and rail as much as 7 million metric tons of corn this year as the worst drought in at least a century in 2015 boosts demand for imported grain in southern Africa to a record.

The company, Transnet SOC Ltd., has also readied its port at Richards Bay, used mainly to export coal and chrome, to receive as much as 1.5 million tons of corn this year, Chief Executive Officer Siyabonga Gama said in an interview at the World Economic Forum in Kigali, Rwanda on Wednesday. It will also help rail 600,000 to 700,000 tons of corn from the port of Maputo in Mozambique through South Africa to Zimbabwe, he said.

“We think we’ll meet all of the requirements, both domestically and as well as using Maputo” for the Zimbabwean grain trade, he said. “We’ve formulated a strategy together with the industry.”

Southern Africa was affected by the El Nino weather phenomenon that slashed rainfall in the region and will need to import as much as 9 million tons of corn this year, Omri van Zyl, the CEO of Agri SA, which represents farmers, said in February. South Africa, which usually exports corn, is expected to reap 7.05 million tons this year, its smallest crop since 2006, the government’s Crop Estimates Committee said on April 26.

Of the 1.25 million tons of corn South Africa has imported so far this year, about two-thirds has come through the port of Durban, with almost all of the rest shipped via Cape Town, East London and Port Elizabeth. Just under 15,000 tons has been imported through Richards Bay.