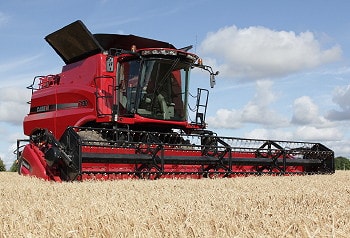 South African farmers have probably planted the third-smallest area of wheat on record while the prediction for this year’s corn harvest is 1.4 percent bigger, the nation’s Crop Estimates Committee said.

Growers have probably sown 486,350 hectares (1.2 million acres) of wheat in 2016, Marda Scheepers, a senior statistician for the Pretoria-based committee, said by phone Wednesday. That’s 0.9 percent more than last season and exceeds what they intended to plant, she said.

While South Africa is the sub-Saharan region’s biggest producer of wheat after Ethiopia, it’s still a net importer of the grain, according to U.S. Department of Agriculture data.

The country, which is the continent’s biggest corn producer, raised its estimate for production of the grain to 7.26 million metric tons, Scheepers said. That is more than the 7.2 million-ton median estimate by 11 analysts in a Bloomberg survey and exceeds the 7.16 million-ton forecast by the committee last month. This harvest would be 27 percent lower than in 2015.

The committee raised the forecast for yellow-corn production by 2.5 percent to 4.16 million tons and kept its estimate for output of the white type unchanged at 3.09 million tons.

The country may need to import 3.8 million tons of corn this year, 1.1 million tons of which will be of the white type that’s used to make a staple food, according to Grain SA, the largest lobby for grain and oilseed farmers. This was after the driest conditions since records started in 1904 damaged crops and livestock, driving up food prices.

The forecast for soybean output was increased 3 percent to 750,250 tons, while the prediction for dry beans was reduced 6.2 percent to 35,745 tons. Groundnut production may be 7.3 percent smaller at 29,285 tons. The estimates for the sunflower seed and sorghum harvests were unchanged.