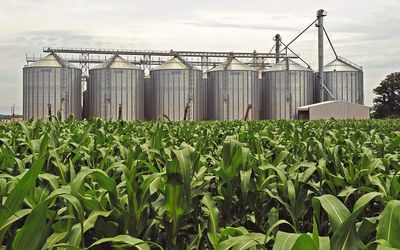 OVER the years, there have been structural changes in South African agricultural markets, which have had a significant influence on the trade and marketing of agricultural commodities, particularly that of maize.

Prior to the market liberalisation of the South African agricultural sector in 1997, the Marketing of Agricultural Products Act of 1968 provided a framework for domestic and international trading of agricultural commodities. The maize board, which is a single-channel fixed-price scheme, was established using a cost-plus approach to commodity pricing and margin determinations.

However, following the gradual liberalisation of the grain commodity markets in the mid-1980s and the removal of trade sanctions against SA, the country’s agricultural industry was liberalised in 1997. This meant that producers (farmers) and marketing agents would be more interlinked to global markets and thereby to market forces.

This era led to the formulation of the Marketing of Agricultural Products Act of 1996, which currently shapes SA’s agricultural marketing policy. Moreover, several trade reforms were enacted to meet the objective of establishing a market-orientated economy and to comply with the requirements of various trade agreements.

These structural changes in the maize market have given rise to the drive by many agricultural entities and government to assess, understand and improve the competitiveness of the industry. In this respect, a number of studies were done in many agricultural industries by both international and domestic researchers, but little was done on the South African maize industry.

While the industry continued to thrive under this new dispensation, participating in expert markets, the export trend seemed to be irregular and inconsistent, regardless of production volumes.

It is against this background that I recently evaluated the competitiveness of South African maize exports relative to that of global exporters. More specifically, the study aimed to assess whether SA can increase its market share in existing maize market. Lastly, it tried to identify other unexploited potential markets for the South African maize industry.

The key assumption underlying the research was that maize is homogeneous, as trade databases do not offer more nuanced product differentiation and, as a result, both yellow and white maize statistics conflate into a single product. To address this issue, I used the International Trade Centre’s (ITC) harmonised systems classification data, which essentially treats maize as a homogeneous product.

Different growth, trade and market indices were applied to assess the competitiveness of South African maize exports, and the scope to expand the market share in existing markets and to identify unexploited and attractive markets.

Japan, Mexico, Taiwan, the United Arab Emirates, Thailand and Zimbabwe were identified as high-potential and attractive markets that SA should prioritise to increase its export share in the short to medium term. Moreover, the Market Attractiveness Index showed that Indonesia, Nigeria, Malaysia, Saudi Arabia, Mauritius, the United Arab Emirates, Taiwan, Iran, the Democratic Republic of Congo and Yemen were the top 10 most attractive markets for South African maize exports.

Recommendations for developing South African maize exports would be to closely view the top 25 most attractive markets presented on the Market Attractiveness Index and strategically position the industry to access these markets.

There is also a need to design an industry export strategy that will prioritise these markets in line with business interests and to explore existing potential. Such an initiative can be carried out on a public-private partnership, where the private sector can provide business intelligence and the government can handle the diplomatic trade relations. Current South African maize exports are concentrated and there is scope to access new markets.

It is important to note that the study focused only on South African maize exports. However, there remains a scope to pursue a similar analysis of other agricultural commodities, such as soybeans and sorghum. Such studies would be beneficial to organised agriculture and to SA. Industry groups such as Grain SA are starting to focus on export expansion for grains and oilseeds. Competitiveness studies would be useful in guiding the vision of such industries and promoting the efficiency of export processes.

The grain industry is already seeing improvements in soybean production and sorghum. Moreover, there is potential for biofuel industry development. Hence competitive studies in these commodities are important to determine if SA will have sufficient capacity to provide in the expected consumption, or whether the industry will have to depend on imports.

• Sihlobo leads agribusiness intelligence research at the Agricultural Business Chamber. This article is based on his recent MA thesis in agricultural economics at Stellenbosch University.