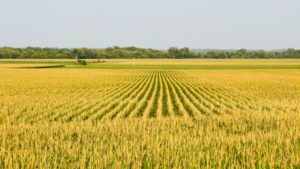 The preliminary area estimates of today (30 January) are mainly based on the results of a non-probability survey conducted by the Directorate: Statistics and Economic Analysis of the Department of Agriculture, Forestry and Fisheries. Less favourable rainfall and warm temperatures in the western producing areas over the past few weeks prevented producers from planting their intended area with summer crops, especially in the Free State and North West provinces.

The revised area planted and production figures, which will be released by the Crop Estimates Committee on, DV, 27 February 2018, will mainly be based on information obtained from the Producer Independent Crop Estimation System (PICES) survey for the Northern Cape, Free State, KwaZulu-Natal, Mpumalanga, Limpopo, Gauteng and North West provinces.