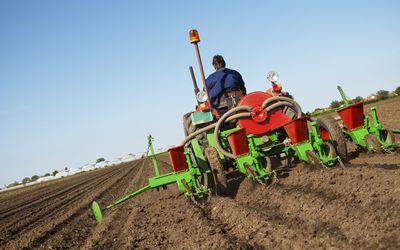 WORKING as an economist in the agricultural sector can be very frustrating. I often function between two worlds: the policy environment and the realm of information and analytics.

I am often astounded by how little attention is paid by agricultural policy-makers to information and analytics, a crucial element in conducting agricultural economics in an orderly manner.

This frustration is not unique to SA. Not long ago, in conversation with an Ethiopian friend on food security in Africa, his frustration seeped through. Working for an Addis Ababa-based nongovernmental organisation focusing on agriculture, he vented his frustration about the challenges of working on regional food security issues with policy makers. They, and other relevant groups, seem to turn a deaf ear whenever new strategies are recommended.

I could relate to his frustration, particularly when considered in the context of the future of agriculture in sub-Saharan Africa. Over the years, a number of research studies have set out blueprints for achieving agriculture-led growth in the region. However, there seems to be little, if any, interest in following the policy suggestions flowing from the research.

Agriculture can contribute significantly to job creation, from farming to the delivery of services.

To achieve this, government intervention is essential, specifically investment in infrastructure to unlock the sector’s potential in rural areas and increase profitability.

The lack of youth involvement in the sector is a serious concern that agricultural policy makers and role players need to focus on. About 45% of sub-Saharan Africa’s population is below the age of 15, while farmers in the region are ageing (the average age of a farmer in SA is 62). There is a dire need for education on the role agriculture plays in the economy, to remind young people about the value of the sector, but more importantly, to change the notion that agriculture is just a form of livelihood. It should be viewed as a business, where being a farmer is being a businessman.

Land policy has for some time been viewed as a challenging factor in unlocking the sector’s productivity. Most rural areas in Africa operate under communal or state-owned land systems, making it difficult to use land as collateral to obtain finance from the banks.

One of the most important areas influencing the profitability of Africa’s agricultural sector is macroeconomic management. This management influences currency rates, which in turn influence the prices paid for imports of agricultural inputs. For example, in SA, the agricultural sector imports roughly 80% of its fertiliser requirement, which on average accounts for 35% of grain-production costs. A stable currency assists farmers in planning for the upcoming production season and keeps input costs reasonable.

Agriculture remains a key sector for achieving economic growth and transformation in sub-Saharan Africa. Governments across the region are starting to show an active interest in agricultural development, with much emphasis in most countries being placed on increasing production, farmer-training programmes and seed development.

However, by attending to the aforementioned challenges, rural people’s livelihoods could be improved across the region.

• Sihlobo is a former Grain SA economist who currently leads agri-economics research at the South African Agricultural Business Chamber. He writes in his own capacity