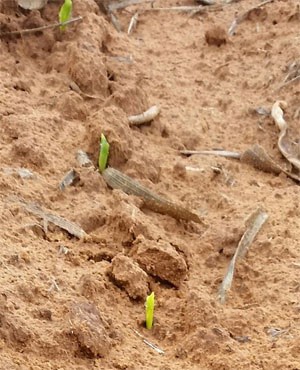 Johannesburg – About 32 million people in southern Africa face hunger after a crippling drought worsened by the El Nino weather phenomenon devastated crops across the region, the UN’s food agency said on Thursday.

Zimbabwe, Malawi and Mozambique have all issued drought alerts in recent months, as thousands of cattle die, reservoirs are depleted and harvests fail.

South Africa describes the drought as its worst in more than 100 years, while in neighbouring Namibia Coca-Cola announced that it will stop production of all canned drinks in the country because of a water shortage.

“There are already an estimated 32 million food-insecure people in the southern Africa region, largely as a result of drought which led to poor harvests last year,” the UN’s World Food Programme (WFP) said in its latest report.

“There have been a lot of disruptions in the season as a result of El Nino coming on the back of a poor harvest from the previous season,” WFP regional food security analyst Andrew Odero told a news conference in Johannesburg.

Dam levels were also “much lower” than at the same time last year – the beginning of the dry season – and countries which depend on hydro-power could face blackouts, he said.

“Zimbabwe is one the most hard hit,” said Eddie Rowe, the country director for WFP.

“The country is coming out of a very poor agricultural season with 40% of normal maize production. It’s already a fragile rural economy.”

The WFP warned on Monday that Zimbabwe faced a $290m shortfall in funding desperately required to feed up to 4.5 million people likely to be in need by next year.