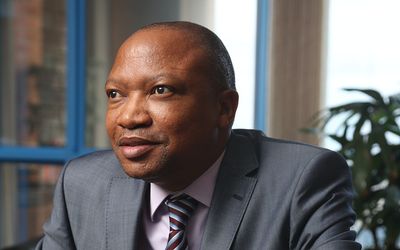 THE Land Bank sees little stress in its loan book despite the worst drought in memory damaging harvests and raising prices of crops in the continent’s biggest maize producer.

The bank’s CEO, TP Nchocho, says that even though the grain-producing provinces have been affected, the bank has not seen any significant distresses in its loan book.

“Where farmers are unable to pay and we reschedule loans, we might adjust provisions upwards. Our provisions are still within the tolerance levels of the new accounting standards,” says Nchocho.

About 70% of the bank’s loans had been granted to farmers in areas of significant production, such as the Free State, which produced 40% of last year’s maize crop, and Mpumalanga, which accounted for 25%.

Growth in the gross loan book of the state-owned lender to farmers was “marginal” in the year that ended in March from 12 months earlier, says Nchocho. That is because growers planted crops in an area that was 28% smaller than in fiscal 2015, owing to the drought. Despite this, farm income is “surprisingly” likely to go up due to the higher prices, he says.

SA recorded the least rainfall last year – since records started in 1904 – damaging crops and herds and raising food prices. Farmers will need as much as R16.6bn in the year to March to subsidise feed purchases; provide grants and interest-rate subsidies to aid commercial growers in financial distress; and help operators pay workers, according to a report by farmers’ group Agri SA and others.

The Land Bank’s gross loan book was at R37.8bn on March 31 2015. The results for the 12 months to the end of March will be presented to Parliament later this year.

About 2,000 farmers were in severe financial distress and would not be able to gain access to credit in the coming season, because of the drought’s effect on their operations, according to the industry report. There were about 35,000 commercial farmers in the country of which about 15,000 did not have sufficient cash flow to support their farms, Business Day reported on Wednesday, citing Agri SA deputy executive director Christo van der Rheede.

The Land Bank is in the final stages of securing a R1.3bn loan from the World Bank to support farmers, says Nchocho. In March it obtained R5bn from the Public Investment Corporation. The bank foresees it will draw on this over the next three years. It has also set aside R400m for drought relief, he says.