Residents of Goodhouse on the banks of the Orange River are unhappy about the planned construction of a major dam on the lower Orange River near Vioolsdrift in the Richtersveld.

While the proposed dam will bring relief to towns and farmers in this drought-prone region, they fear the town of Goodhouse may disappear as it lies directly in the dam’s flood plain. 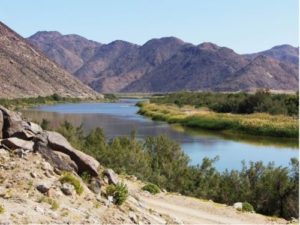 and its bounty shared by South Africa and Namibia.

The Orange River snakes through the entire Northern Cape and flows into the Atlantic Ocean near Alexander bay.

While some of the water is used by farmers upstream, most of it flows into the sea unused – and the proposed dam will be the first to be built on the Orange River in the Northern Cape.