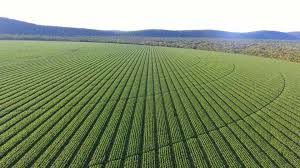 Researchers on Tuesday unveiled a genetic modification that enables plants to use a quarter less water with scant reduction in yield.

By altering a single gene, scientists coaxed tobacco plants – a model crop often used in experiments – to grow to near normal size with only 75 percent of the water they usually require.

If major food crops respond the same way, they said, the first-of-its-kind genetic “hack” could help feed the growing population of an increasingly water-starved world.

“This is a major breakthrough,” said senior author Stephen Long, a professor at the Institute of plant biology at the University of Illinois.

“When water is limited, these modified plants will grow faster and yield more.”

The findings were reported in the journal Nature Communications.

Today, 1.2 billion people live in regions where water is scarce, and four billion – two-thirds of humanity – experience scarcity at least one month every year.