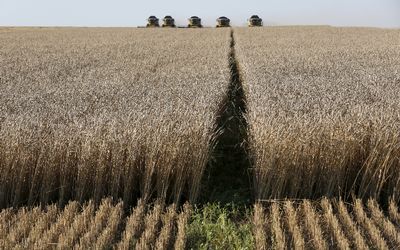 THE drought has arguably been the most pronounced factor to have affected the South African agricultural and agribusiness landscapes in recent history.

The effect on crop and livestock production has been devastating, and these industries are expected to continue to bear the brunt of this weather phenomenon for years to come.

Having said that, we need to remember that droughts are usually interspersed with several good production seasons, and already a number of weather forecasters are suggesting there is a 75% chance of the occurrence of a La Niña weather pattern towards the end of 2016. With La Niña, one can expect rainfall to normalise throughout the country and it could even exceed the historical averages from the latter months of 2016.

The focus of agricultural roleplayers now needs to be redirected to long-term growth and resilience strategies for the sector, besides the tactical focus of managing the immediate crisis.

This long-term strategic planning is necessary as there are other challenges that could constrain growth prospects if not addressed effectively. Some of these impediments to growth are well captured in the Agricultural Business Chamber and Industrial Development Corporation’s (Agbiz/IDC’s) agribusiness confidence index.

An index below 50 points indicates a contraction in South African agribusiness activity.

This index has been below 50 points over the past four consecutive quarters, a trend that has only occurred in times of serious crises such as the drought years of 2003 and 2005 and the global financial crisis of 2008 to 2009. In the first quarter of 2016, the index was at 42.87 points, which was a further contraction from the fourth-quarter 2015 level of 42.91 points. The contraction is even larger when considered from a year-on-year perspective, with the first quarter of 2016 being 15% lower than that of 2015.

In fact, the first quarter of 2015 was the last time the index was above 50, at 50.7 points. This means SA’s agribusiness sector has maintained a largely pessimistic outlook regarding business conditions since mid-2015, and rightly so since the sector has been saddled with increasing challenges since mid-2015.

Among the many factors constraining growth, political and policy uncertainty are at the top of the list, negatively impacting investor confidence. In the Agbiz/IDC index, the capital investment sub-index contracted by 14% year on year in the first quarter of 2016.

Of course, the contraction can be explained by a combination of factors, including the drought conditions and the political and policy uncertainty, the latter emanating from land reform proposals that triggered negative sentiment in the agricultural and agribusiness sectors.

Recent announcements on land reform, particularly the 50-50 plan to address the relative rights of people working the land, limitations on foreign land ownership and the possible introduction of land ceilings, could retard investment at farm level, which might in turn directly and indirectly affect the growth of agribusinesses.