A drought-driven economic crunch seems to be to blame for a spike in suicides by farmers, insurers say.

Suicide claims on insurance company Liberty increased by 20% last year — and one reason was farmers’ suicides.

Liberty actuary Henk Meintjes said: “The economic climate hasn’t been great for a while . [But] the number of confirmed suicides was 20% higher in 2016 than the average for 2014 and 2015.” 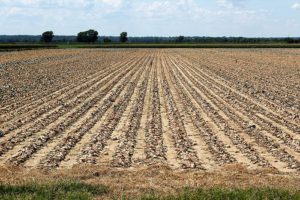 Meintjes said the company had tried to find a reason for the surge in suicides and discovered a sharp increase in the number of farmers over the age of 55 committing suicide in the Northern Cape last year.

“We can’t prove it is because of the economy faltering but it is likely,” he said.

Farmers were living in the same difficult economy as everyone else but on top of that they had the drought to deal with, he added.

There was a direct correlation between a failing economy and the suicide rate, Meintjes said.

“The Greek economic collapse led to an increase in suicides of 40% to 80% depending which statistics you look at,” he said.

The risk extends beyond the agriculture sector. Momentum Insurance’s claims for last year show that more farmers, company directors and business owners had taken their own lives.