With the announcement last Tuesday that South Africa has slipped into a technical recession following two consecutive declines in gross domestic product (GDP) of 0.7percent during the first quarter of 2017 and 0.3percent during the fourth quarter of 2016, it may be difficult for anyone to remain positive about the economy or any prospects for growth in the short to medium term.

However, last week’s announcement by Statistics South Africa (Stats SA) showed positive GDP growth in two sectors – agriculture and mining. While this growth was not enough to o 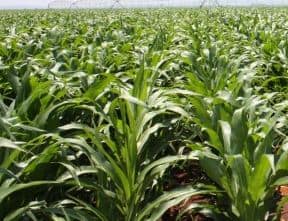 ffset the overall contraction in the economy, it underscores the potential of agriculture to become an anchor for positive economic growth.

The agricultural sector GDP growth was particularly impressive in the first quarter of 2017, at 22percent quarter-on-quarter annualised, the first signs of positive growth following eight consecutive quarters of negative growth, which was largely driven by persistent drought conditions across the country.

This recovery bodes very well for consumers, who are already benefiting from lower food inflation, with prices on most maize-based products tracked by Stats SA lower in April this year compared to March.