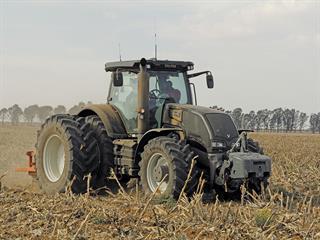 An efficient and profitable farmer is not necessarily a resilient farmer. Resilience involves true sustainability, which comes from managing the veld optimally, reducing environmental impact, interacting properly with the local community, and other factors.
Photo: FW Archive

Coping with adversity is not the same as being resilient, says Roelof Bezuidenhout.

According to several studies, farming needs to become more resilient, not only for the economic survival of farmers and the well-being of rural communities, but for the sake of the world’s natural resources.

READ Six signs of being a stressed farmer

In agriculture, resilience is a farm’s ability to survive despite droughts or market slumps. The greater this resilience, the more readily a farmer can adapt to unexpected upheavals and hard times, and the better off he will be than the farmer who simply cuts costs or borrows money.

For example, instead of buying in expensive feed from elsewhere during a drought, resilience involves planning ahead and adopting a veld management system that will make a farm more self-sufficient in fodder. In short, it is more about sustainable production than merely improving production efficiency.

‘Toward a More Resilient Agriculture’ (Bennett, E., Carpenter SR et al in The Solutions Journal, Vol 5, Oct 2014) notes that, as the population expands, new ways will have to be found to feed people and animals while decreasing the environmental impact of agriculture. Already natural pollinators of crops are declining due to practices intended to increase the efficiency of farming, such as pesticide use.

The authors argue that radically new approaches to agricultural development are needed to encourage farming that is resilient and sustainable. Innovation and experimentation will be required, even if this sometimes reduces production efficiency in the short term.

Short-term profits vs long-term sustainability
Financially successful agriculture that undermines biodiversity is not resilient. Neither is agriculture that produces enough food, but is not economically viable or undermines local livelihood options.

According to the paper, over-reliance on the government is also counterproductive. For example, governments sometimes solve short-term problems with subsidies, but these eventually hinder beneficial long-term changes. When farmers become dependent on aid, they persist with maladapted agricultural practices.

But as with so many other things that farmers are advised to do, building a resilient farming enterprise is not as easy as it sounds. The possibility of droughts and floods, as well as long-term exchange rate movements, inflation and other factors all have to be considered.

Aspects of resilience
A farmer wishing to implement resilience should be proactive and consider the following: