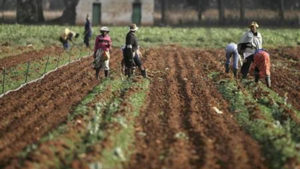 Despite a slight uptick in the number of agriculture jobs created in the fourth quarter of 2017, the sector recorded the second-highest number of jobs lost on a year-to-year basis.

Stats SA said in its fourth-quarter labour force survey on 13 February that South Africa’s overall unemployment rate had dropped one percentage point – to 26,7% – from the same time in 2016.

This meant that about 16,1 million people between the ages of 15 and 64 had jobs at the end of last year.

The survey revealed that agriculture had added 39 000 jobs in the last three months of 2017. This represented an employment increase of nearly 5% (4,8%) and brought the total number of jobs in the sector to 849 000.

The sector was second only to the construction sector in year-to-year job losses, which shed more than 90 000 jobs.

Agriculture was the biggest loser in terms of percentages, however, with construction job losses pegged at 6,2% year-to-year, compared with agriculture’s 7,6% year-to-year decline.